The La Habra Heights Fire Department recently conducted several "Interoperability" Wildland Urban Interface (WUI) drills with a dozen other local fire departments. These drill are critical to the successful management of any fire that threatens La Habra Heights. Below is an excerpt from an article describing the challenges faced by all cities faced with fighting fires in a WUI environment. 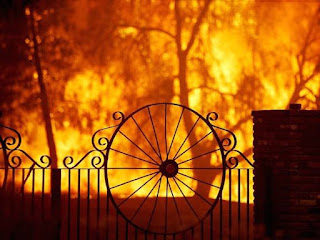 The Sand fire burns out of control along near Acton, California, on Sunday.


"Southern California is on fire again. The Sand fire in the Santa Clarita Valley mountains north of Los Angeles has burned 38,873 acres, destroyed at least 18 homes and taken one life. Smoke from the fire created what the LA Times referred to as an “apocalyptic haze” around Los Angeles County and a scorch mark it left behind was clearly visible in images from NASA’s Landsat satellite. On Tuesday, the acting governor of California, Tom Torlakson, declared a state of emergency in the county, declaring that the fire is “likely to be beyond the control of the services, personnel, equipment and facilities of any single local government.”
What distinguishes the Sand fire isn’t its size..."
Read More
Ella Koeze is a visual journalist for FiveThirtyEight﻿
﻿
Posted by La Habra Heights Fire at 12:05 PM