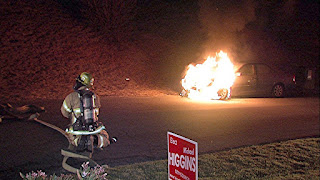 Firefighters conducted an aggressive attack on the fire preventing it from spreading into the surrounding brush.The cause of the fire is listed as electrical. There were no injuries reported. 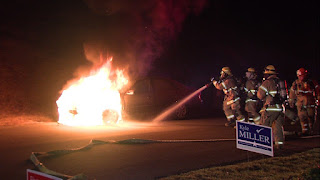